A Look Back on Sexual Harassment Charges in 2018 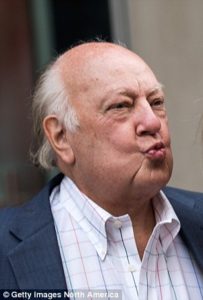 New charges filed with the EEOC that alleged sexual harassment were more than 7,500, which was 12 percent higher than in 2017.

As the new year begins, we often look back to the previous year, reflect on the changes and hone our perspectives toward progress for the coming year.

Facts about the #MeToo Movement and Its Effect on Sexual Harassment

In October of 2017, rape and sexual misconduct allegations against Harvey Weinstein were the springboard that propelled the #MeToo movement. Sexual harassment took center stage in the American media’s spotlight.

The #MeToo Movement is a movement against sexual harassment and assault. Tarana Burke was the social activist who coined the “Me Too” expression in 2006, and the phrase reappeared in 2017 when actress Alyssa Milano used it on Twitter.

The #MeToo movement has increased society’s awareness of the problem and also made it more acceptable for victimized employees to speak out and report abuse. It has made filing claims with the EEOC or a state agency more socially acceptable.

While charges for other types of discrimination dropped in 2018, charges for sexual harassment rose significantly. This focus does not appear to be losing momentum any time soon.

If you have questions, our attorneys at Stephen Hans & Associates are glad to advise regarding your concerns or represent you in employment related disputes.