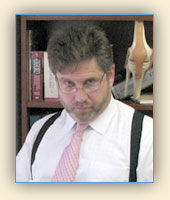 After law school, Bill Cafaro worked as a criminal defense attorney in Northern California. In 1981, he returned to his native New York to serve as a Narcotics Prosecutor in the Bronx District Attorney’s Office until 1986, when he turned his focus to personal injury as a sole practitioner in Jackson Heights, Queens. Having come a long way since then, Mr. Cafaro has taken several eight-figure verdicts and has obtained numerous seven figure verdicts and settlements. He is a firm believer in exhaustive trial preparation, with particular attention to medical animations and illustrations of the specific injuries sustained by each client.

Over the last six years, Mr. Cafaro has applied his litigation skills toward representing employees aggressively in overtime and discrimination cases. He has represented hundreds of workers successfully in individual wage and hour cases, including class and collective actions. He also litigates discrimination cases in both the federal and state courts.

Fluency in Spanish helps Mr. Cafaro to communicate with clients in their native language.