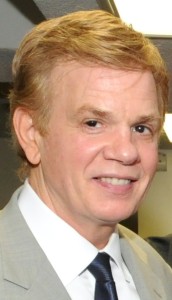 Labor & Employment Counsel for Over 30 Years

Stephen D. Hans has practiced law in Queens County, New York for over 35 years. His legal career began at a general litigation firm in 1977. In 1979, he was presented with an opportunity to represent a NYCTA bus operator who lost his job for refusing to drive an unsafe bus. The New York media covered the bus operator’s hearing due to a NYCTA investigation for safety issues. The bus operator won the hearing and he was restored to his job. Shortly thereafter, Mr. Hans opened his first law office in Queens County. As a result of the case, Mr. Hans discovered his true passion in the legal field — employment and labor law and began to focus his career in that direction.

Mr. Hans’s successful representation of the bus operator did not go unnoticed. In 1979, the bus operators’ union in Queens and the sister local in Staten Island retained Mr. Hans as their general counsel for all employment and labor matters. In 1980, the infamous transit strike occurred and Mr. Hans represented the Amalgamated Transit Union (bus operators) in the strike, which included engaging in lengthy collective bargaining sessions with the NYCTA and the Koch and Carey Administrations as well as representing the union and its leaders in the New York courts due to their illegal strike. Mr. Hans was successful in keeping the union leaders out of jail and substantially limiting the financial penalties imposed by the Court. As time went on, Mr. Hans’ union representation involved handling hundreds of grievances, arbitrations and other disciplinary matters. Mr. Hans represented the unions in both federal and state courts on a variety of claims.

While Mr. Hans focused his practice primarily on employment and labor law in those early years, from time to time he represented some clients in matrimonial cases to support his growing practice. Along the way, Mr. Hans met fellow attorney Frank Cerniglia who joined him to form the law firm of Hans & Cerniglia. Mr. Cerniglia’s practice concentrated mainly on personal injury lawsuits, while Mr. Hans focused on the employment and labor law side of the firm.

In 1997, Stephen D. Hans established his present day law firm, Stephen D. Hans & Associates, P.C. The firm continued increasing the employment and labor side of its practice and began phasing out other areas of representation. The firm represented many individuals who often sought private counsel rather than their union attorneys on a variety of disciplinary and contractual issues. Mr. Hans personally represented both plaintiffs and defendants in cases, ranging from race and sex discrimination to serious disability claims. He also negotiated many separation and severance agreements for both employees and employers. The firm represented a wide range of individuals and organizations in such forums as the Public Employment Relations Board, the NYS and U.S. Departments of Labor, the NYS Division of Human Rights, the U.S. Equal Employment Opportunity Commission, the Office of Administrative Trials and Hearings, the U.S. District Courts and the New York State Courts.

Although Mr. Hans had represented employees for many years, by 2005, he and the firm began to focus primarily on representing small to mid-size businesses. The economic climate during those years and the vast changes in many employment laws led businesses to seek counsel not only to represent them in specific lawsuits and investigations, but also to protect them from future lawsuits and employee disruptions. Mr. Hans began to develop procedures, protocols and tailored forms and handbooks for businesses so that they would comply with the rapidly changing laws and the HR advances necessary to operate a productive and profitable business.

Within the last decade, businesses have been increasingly subjected to costly wage and hour claims, from both the NYS and U.S. Departments of Labor and from private law firms. Due to the enormous amount of these cases that Mr. Hans has handled the firm has received tremendous recognition as one of the leading defense firms for small and mid-size businesses. Additionally, Mr. Hans conducts seminars for small business owners so that they may protect and eliminate the risk of these claims.

Over the years, the firm has represented many restaurants, construction companies and retail businesses throughout the New York City metropolitan area. The firm’s goal is to resolve costly claims expeditiously, when they are filed by employees, and thereafter to assist business owners in implementing procedures that help prevent such claims.

The firm realizes that a productive and prosperous business is one in which the employees are viewed as the best asset and where the business operates seamlessly with time-tested procedures and forms that comply fully with the ever-changing array of employment and labor laws.