Governor Cuomo Is Supporting the Legalization of Marijuana 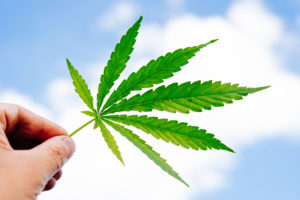 If the legislature passes the Cannabis Regulation and Taxation Act, Governor Cuomo believes it could generate $300 million in revenue a year for New York.

According to the Gothamist, the governor also sees marijuana legalization as an opportunity to create greater income for poor communities and individuals who have “paid the price” for marijuana prohibition.

The legislature is expected to vote on legalizing marijuana on April 1, 2019, and if passed, marijuana could go on sale in April 2020.

The new law would establish an Office of Cannabis Management, which would have oversight of recreational marijuana use for adults who are 21 and older along with overseeing hemp and medical marijuana. The office would be responsible for creating licensing procedures for growers, distributors and sellers. Currently the Retail, Wholesale and Department Store Union represents medical marijuana employees, and it appears that the recreational cannabis industry would also fall under its representation.

Taxes that the law would generate include a 20 percent state tax and two percent local tax on sales from wholesalers to resellers. Taxation for growers would be by the gram.

The law would give priority to minority and women-owned businesses for licenses to grow and sell cannabis.

How Would the Legalization Potentially Affect Business Employers?

Business owners already faced challenges that resulted from the legalization of medical marijuana. Even so, marijuana recreational use would be viewed differently. While an employee cannot come to work drunk, an employee also cannot come to work high on marijuana. However, employers would have to discern which employees have medical cards and are considered disabled, and which employees are not. The ones without medical cards should not be under the influence of marijuana at any time while at work.

While drug testing is more prevalent in the workplace today, testing for marijuana is more complex than testing for alcohol. Also, there are no uniformly established THC levels to determine what would constitute drug impairment under the influence of marijuana. As it stands, observation is the best form of detection and that would include slurred speech, slow reactions, dilated pupils, impaired body movements, poor short-term memory and other physical signs. (Reference: Buffalo Business First)

The main pressing issue for employers would be safety in the workplace and preventing an employee who is using marijuana from working on a job that could put others in danger and result in injuries.

If you have concerns about employment issues, our attorneys at Stephen Hans & Associates are glad to advise you. We represent employers in employment related disputes and issues.