We Remember an Attorney, a Friend, who was about helping Family: Rudolph F.X. Migliore 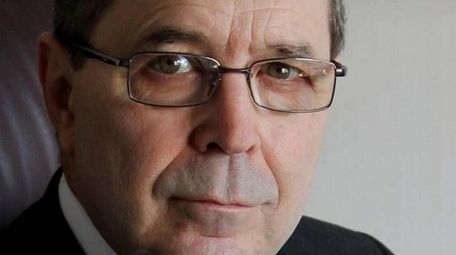 Production values were modest and there was no braying about million-dollar settlements: just a man in a suit inviting viewers to “call me, Rudy Migliore. I’m your point of contact.”

Migliore did, in fact, win numerous large settlements for his clients over a 40-year career but thought it tacky to say so, said a son, Rudolph John Migliore. And he really was the point of contact at the Commack firm that bore his name, making home visits and phone calls that others might have delegated to associates and paralegals. “It wasn’t about a dollar figure,” said his son. “It was about helping a family.”

Migliore was born June 19, 1946 in Manhattan to Rudolph Francis Migliore, an insurance broker, and the former Eileen McKie, a clerical assistant. He graduated Sachem High School in 1964 and Dowling College in 1970 with a business degree. He served in the National Guard from 1968 to 1973, and graduated from Delaware Law School in 1977.

Using both individual and large-scale, mass tort lawsuits, he represented thousands of firefighters and other workers who had been exposed to asbestos and other dangerous substances on the job. Other clients included patients who had been harmed by drugs with undisclosed side effects.

Migliore is survived by his wife, the former Ann Dolbeer, and their children Rudolph John, Matthew and Stephanie, all of Setauket; and Rachel, of Chicago.

A memorial service will be streamed on May 9 at 10:30 a.m. on the Branch Funeral Home website, followed by burial at Holy Sepulchre Cemetery in Coram. A memorial service is planned for Smithtown Gospel Tabernacle, where Rudolph and Ann Migliore met and attended church.