Spotting Road Rage and How to Deal with It

How to Protect Yourself in a Road Rage Accident

A road rage accident can occur when an angry driver takes revenge by deliberately crashing into another car, side swiping another car or running it off the road. It can also occur when rage makes the driver lose his or her ability to react reasonably. Due to impaired judgment, mistakes get made and human error is one of the most common causes of accidents. When in a rage, a driver can run a red light, deny another driver the right of way, or simply take a turn at too high of a speed, causing an accident.

What Can You Do to Avoid Being a Road Rage Victim? 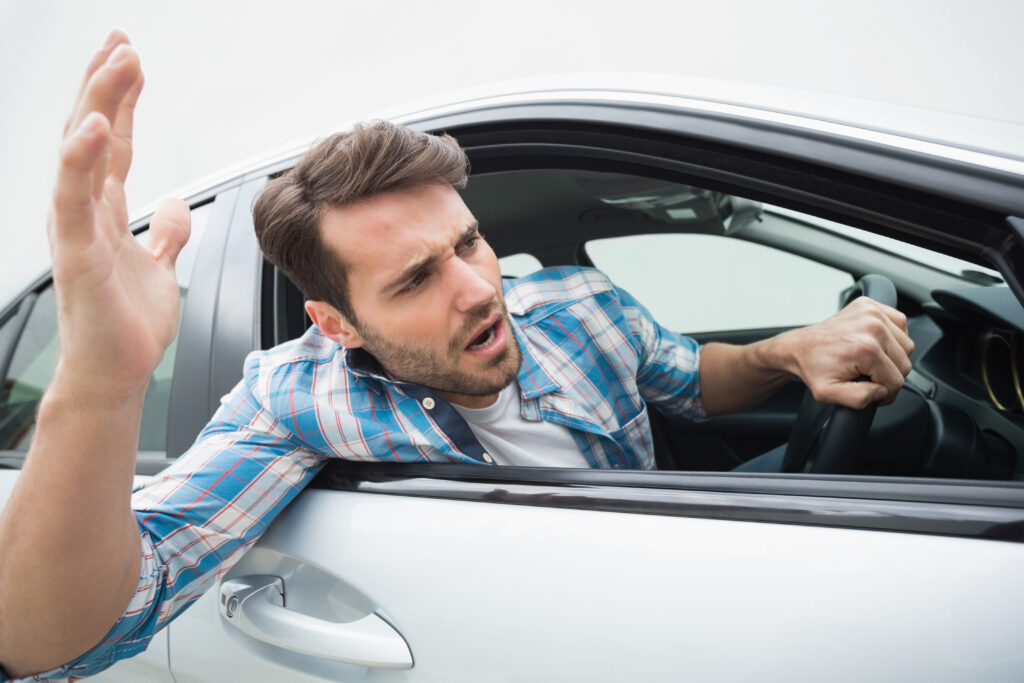 Because road rage is often a reaction to another driver’s lack of consideration, you can make sure you are considerate of other drivers. AAA suggests observing the following in your own driving:

When another driver is in a rage and causes an accident, you should take precautions to avoid further harm. What should your behavior be like?

The following are some suggestions:

When serious injury or death result from an accident, it is vital to have a lawyer who can protect your rights. If the driver’s aggressive behavior disrupts traffic and leads to a collision between two other vehicles, the road rage driver may face legal liability. In fact, the National Law Review indicated in an article that drivers engaging in road rage may also be subject to criminal charges.

When injuries are severe, it is wise to obtain an experienced attorney, who can hold the driver accountable and recover compensation on your behalf.

Schedule a free consultation with one of our attorneys at Sackstein, Sackstein & Lee, LLP. We can discuss the legal prospects of pursuing a case.