What Rights Do New York Transgender Individuals Have?

In January of 2021, a student brought a claim of transgender discrimination against Apex Technical School. The claimant and the school reached a $25,000 settlement.

DETAILS OF THE TRANSGENDER DISCRIMINATION CASE 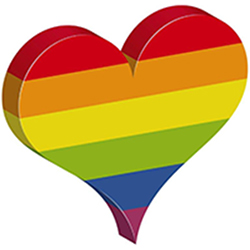 The settlement with Apex Technical School consisted of the following agreements:

In December of 2020, the New York legislature passed a law that amended New York’s Civil Rights Law and Education Law, adding further provisions to protect the rights of transgender individuals.

The law requires that single-occupancy bathrooms to be gender neutral in public places. Public places include:

This law goes into effect on March 23, 2021. Facilities must replace signage indicating “male” or “female” with a designation that makes the restroom open to all genders. However, it does not require businesses or schools to build new gender-neutral, single occupancy restrooms.

The Law office of Peter A. Romero has extensive experience representing clients in all types of discrimination cases. We are glad to discuss your complaint and determine how we can help. Call us at (631) 257-5588 or contact us online.